A little bit about us...

Belmont was the first store licensed in Fort Wayne after Repeal in 1933 and was located at the corner of South Calhoun & Lewis Streets. Carl Schwieters owned and operated this store until he sold it to Tom Druley in 1971.

Additional Fort Wayne stores were slowly added starting in 1975. The Carl and Lewis store was forced to shut down by right of eminent domain. Stores in South Bend and Mishawaka were purchased in 1989 starting with five locations and slowly grew to eight.

Meanwhile, in Elkhart County, a man named Jerry Corliss was making a name for himself in the liquor store industry. Corliss bought a small package liquor store in Middlebury in the early 1980’s. He renamed it Chalet Party Shoppe and transitioned it into a destination store with a wide variety of product offerings. During the mid 90s through 2000s, he acquired 7 other package liquor stores throughout Elkhart County and moved them out of neighborhood areas onto main transit routes and commercial areas.

The Belmont Beverages in Fort Wayne began to make a few changes starting in 2006 by adding its most southern store in Decatur. Almost a year later, Belmont’s most notable store, The Harrison Street location was torn down in July of 2007 to make room for the Harrison Square project that is todays Parkview Field. Belmont had to move its central hub in the North Anthony Corridor near IPFW.

In the first six years after acquiring the Chalet Party Shoppe store chain, Tom Druley has renovated at least one store each year and had a new one built from the ground up. The Middlebury location was the first to get a face lift. The very first walk in beer cooler with automatic doors was installed, the wine section elevated with wooden lay down wine racks and all new amenities. The Cleveland Road location in Granger/Mishawaka expanded its space to elegantly fit more product and now has a room for tastings and other events. Stores such as South Bend Avenue, Cassopolis Street, South Gate Plaza, South Anthony, and Time Corners also received similar renovations.

It’s most recent accomplishment, the building of the new Dupont location, has really kicked Belmont and Chalet into gear. Like Middlebury, Dupont has a walk in cooler, large areas for wine, beer and spirits, and an upstairs room for tastings and other events. The Belmont name will be returning to the downtown Fort Wayne area with its new store set to be up and running in late 2017.

It is clear that Belmont and Chalet is not done making waves. There are more plans in store for Belmont Beverage and Chalet Party Shoppe. 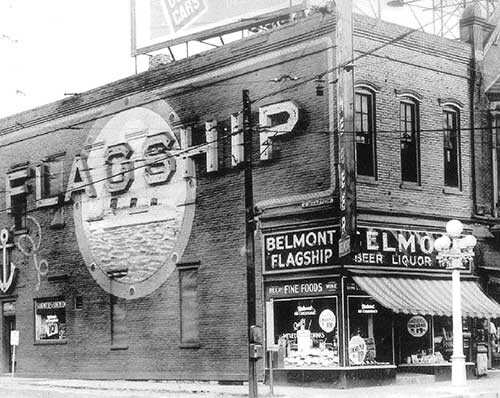